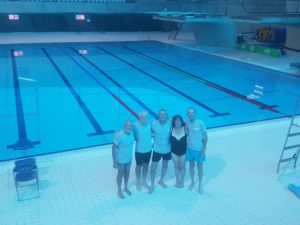 Richard and Francis attended the ‘Better Club Games’ on 10th October,
held at the Q.E. Olympic Park in London.

They joined 3 other members of the Cambridge swim team at the Olympic
pool ‘competing’ against Better teams (all over 60s are eligible) from
London and the Southeast.

Other Cambridge members competed in events in the Copper Box – events
such as Table Tennis, Badminton, Cycling and Dominoes.

A great day out with a coach (and T-Shirts) being provided by Better.

Perhaps next year more Friends of Jesus Green Lido will be able to join us? 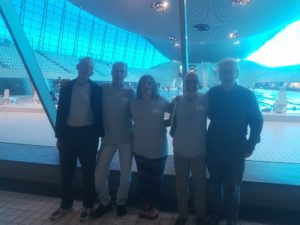 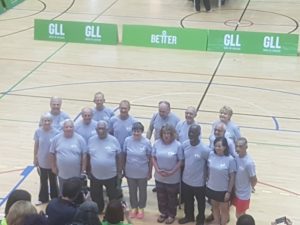 My Tweets
We use cookies to ensure that we give you the best experience on our website. If you continue to use this site we will assume that you are happy with it.Ok