Jesus Green Swimming Pool is situated on Jesus Green in Cambridge, England. Opened on  Thursday 30th August 1923, it is one of the few remaining examples of the lidos built across the country in the 1920s — open air pools with space for activities other than swimming. Unusually, the pool is significantly longer than it is wide — this was a design idea to mimic swimming in the nearby river. It opens for public bathing between May and September every year.

Jesus Green, though only 15 yards (14 m) wide, is among the longest outdoor swimming pools in Europe at 100 yards (91 m) in length (the largest freshwater lido is Tooting Bec Lido in London, which is the same length, but 33 yards (30 m) wide).[1]
It has a depth of 1.2 metres (3.9 ft) at each end and a maximum depth of 2.5 metres (8.2 ft) in the centre. Diving is allowed into the centre section of the pool. On busy days, the pool is delineated into lanes, with general recreational swimming occupying two-thirds of the pool’s width, and a fitness lane taking up the other third.

Located alongside the River Cam opposite Chesterton Road between Jesus Lock and Victoria Avenue Bridge, the pool has sunbathing space and is paved on one side with grass on the other.
Despite past attempts to shut it down, it has remained open and remains as one of the defining features of Cambridge in the summertime.

The pool was converted in 1956 from being fed with river water (extracted, by gravity, from above the weir and discharged into the lower river) to having a closed pumped system fed with mains water. In 1997, the pool facilities were upgraded, with new shower and toilet facilities added, although the new design was complained about, due to problems with the architecture and plumbing. Despite the upgrades, the pool still retains most of its original features and remains of interest from a historical point of view. However, the diving boards & cafe shared with Jesus Green have all been removed.

There are separate male and female changing facilities, and domed structures containing showers at either end. The original basket room is still in use for swimmers to store their valuables in a safe location (the name refers to the numbered baskets allocated to customers).

In Media
A short film titled “Jesus Green Pool” was produced in 2004 by amateur director Chris Cox. The film emphasises the seasonal nature of the pool by documenting a single summer at the pool; from opening in the Spring to closing in the Autumn. It was shown at the Cambridge Film Festival in the summer of 2005.[2] and the full version of the film is available to view free online.

A few historic pictures from our local paper here 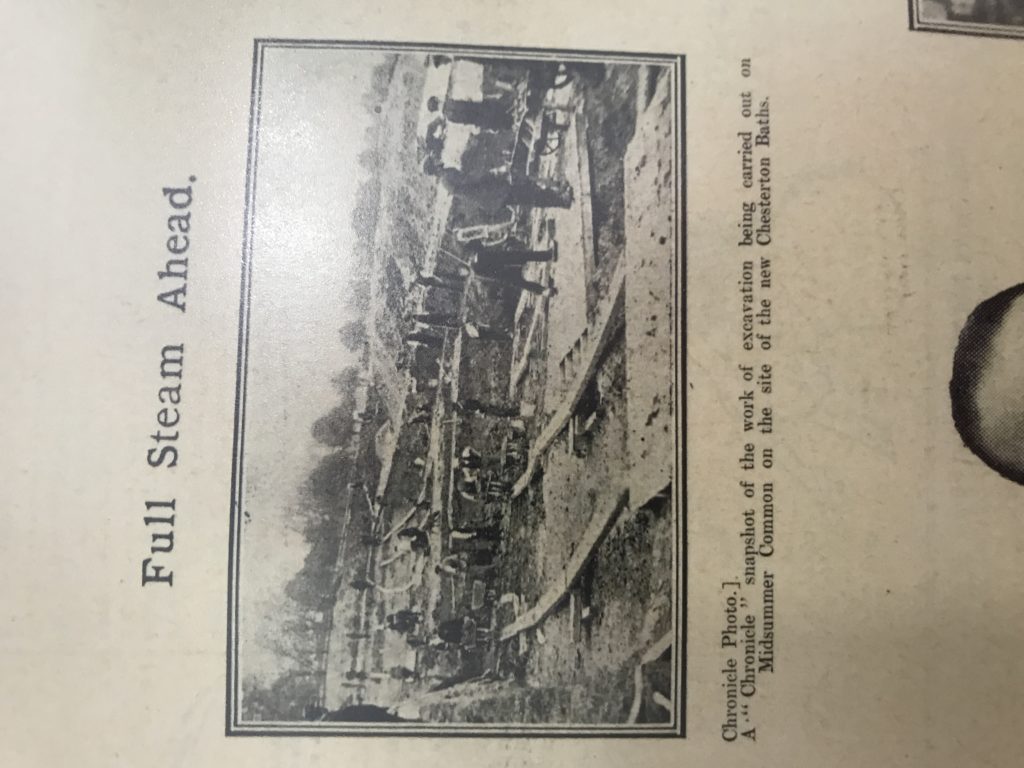 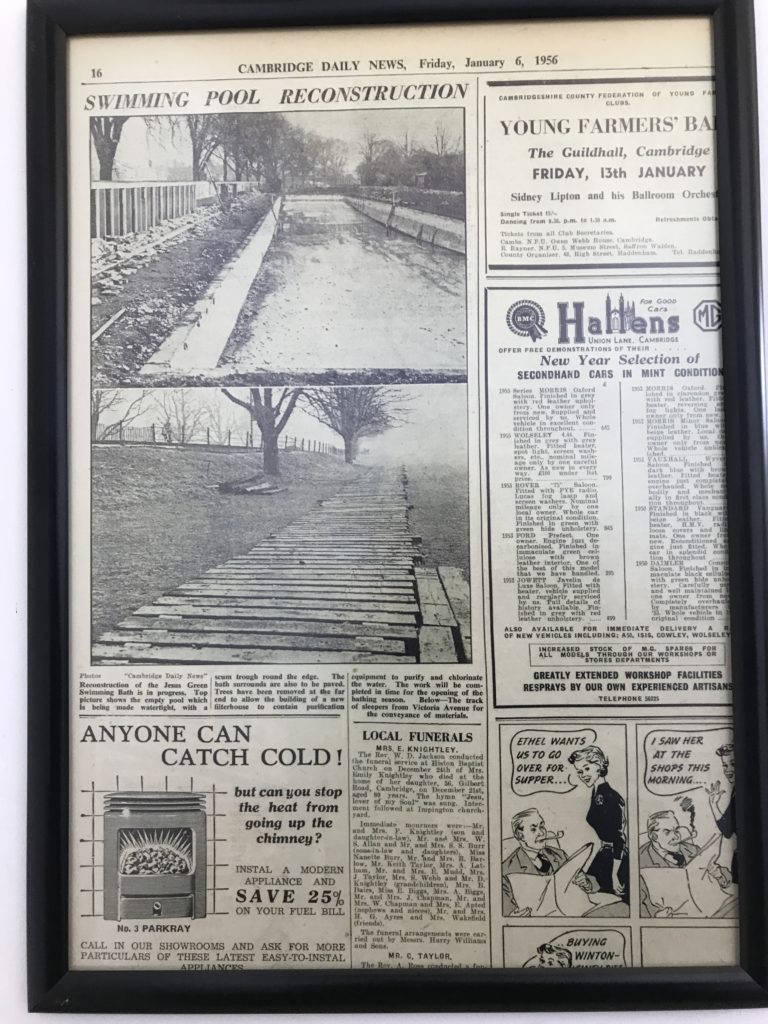 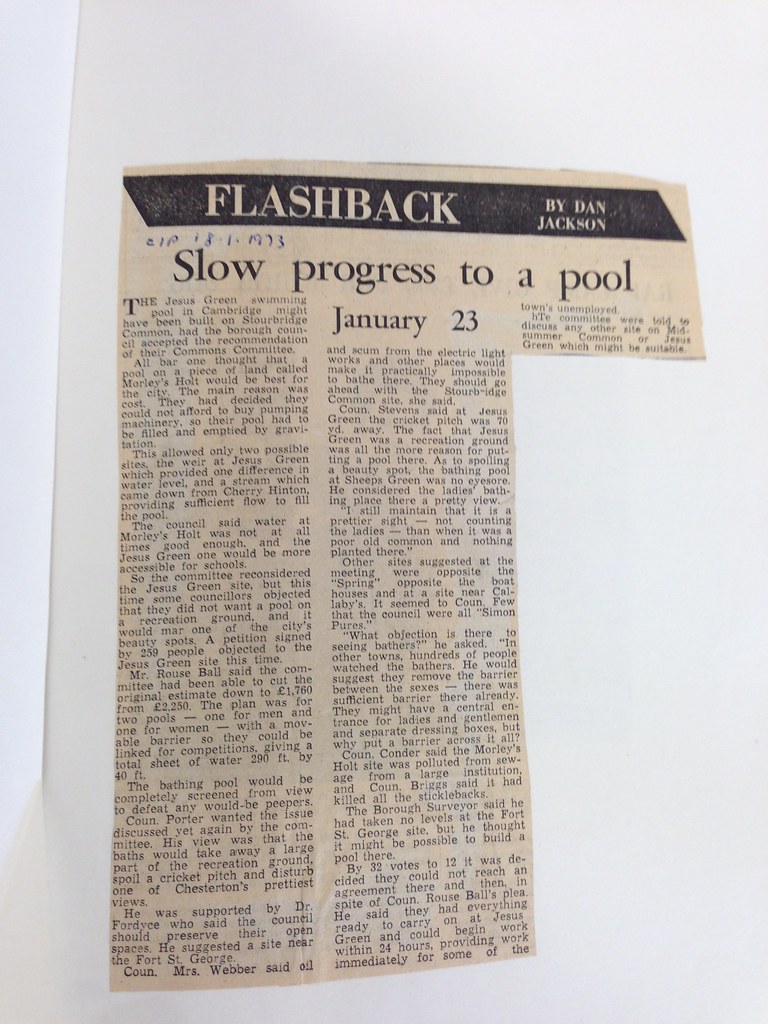